You wouldn’t believe it if I told you that I had this website sit here for one year before I decided to write. Everything is timing and before I could decide what to write about it I had to live through certain events to finally talk about it #lifeofablogger. However I have to tell you that this cannot get any better than this.

When I first was introduced to Network Marketing, my dear cousin from NY had talked to me about Quixtar which now is known as AMWAY . I was living in Maryland, I have had the privilege of sitting with multi-millionaires, learned so much from them and realized that day to day, 9 to 5 lifestyle is definitely not the way to go.

For those who know me from my other blogs, I’m a straight shooter, this blog will be no different. Network Marketing has taken a life of its own in the past years, though it has existed for more than 50 years in the United States, it is now the way of life in Asia. If you haven’t realized it yet the economy is not getting better, people are still losing their jobs and bosses are looking for the best way to save money, therefore layoffs aren’t over yet. So let me ask you that one question, If you had lost your job today and didn’t have a plan B, or perhaps could live off of your savings for just a few months what would you do? Your first instinct would be to get another job correct? What if I could tell you that some people can spend 2 to 3 years looking for a job with no success. Well welcome to reality. The longest I have been without a job is 8 months and for those 8 months I felt worthless, the feeling was overbearing, having to lose everything from apartment to shooting my credit to the ground and resulting to living with family who didn’t even want you there in the first place….seriously not a good feeling. Needless to say that I was kicked out the second I had found a job. You would think that family would be there for you..SMH but such is life right?!

Well I’m here to tell you that there are other options then just a job. So now my question for you is if I could show you a way to make some extra money while it requires very little effort and just a few hours of your time a week would you be interested?

I have recently joined the North American Power Movement, where I can not only save money on my electric bill (because let’s face it, I have to pay my bill regardless) but also making money by sharing the good news with others. What my team usually does is send texts and pictures of what is going on every minute and how the team is growing For example: 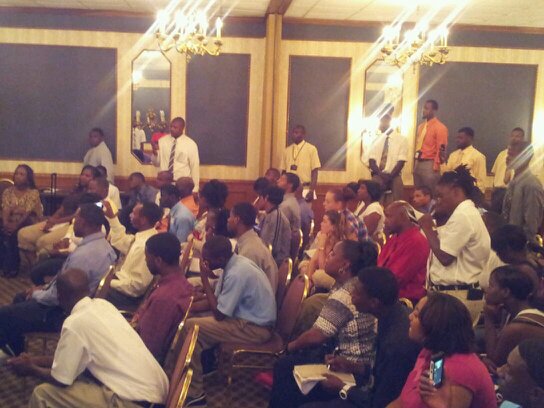 On June 15th 2012, I received a text from my upline that reads “This meeting is going on right now in Delaware, 80 people signed up on the spot and they are bringing peopel out to meet Robert Dean tomorrow with their guests, NAP is the real deal!!! changing lives everyday”

Then the next morning I get another text saying :”Just finishing up here in Deleware 9:30AM meeting this morning still signing up people right now over 100 signing up NOW!!!”

I would would like to know more about what we are doing your best deal is to take the first step and demand to watch a presentation.

Financial headaches can be avoided, the decision is yours to make, no risks = no gain. See you at the top!!